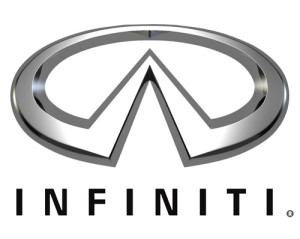 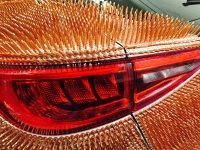 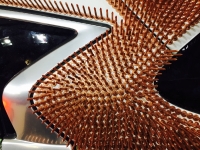 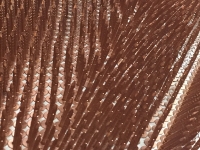 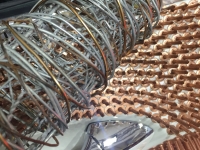 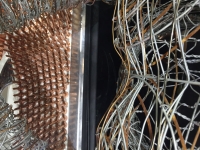 For the third year running Infiniti will be present at the London Art Fair for 2016. Located at Islington’s Business Design Centre the brand will be participating more than ever before with a thought provoking display of artwork and creativity.

Contemporary artist Rachel Ducker, renowned for her wired lifelike sculptures, has dressed an Infiniti Q30 up in her own unique way. Using over 48,000 copper tacks, all individually glued to the exterior body of the Q30, Rachel Ducker has exploited the curvaceous and flowing shoulder lines of the Q30 to give it an even more dramatic expression of movement. Rachel has then added one of her human like figures leaning out of the Q30 window with the impression of the wind blowing through her hair.

The finished sculptured Q30 will be revealed at the entrance to the show during the first Press and VIP day of the London Art Fair on 19th January by Rachel Ducker herself and will remain on display through the public days from 20th -24th January.

Infiniti will also have, for the first time, a display stand alongside the show’s Photo50 area, exhibiting photographic artwork taken by several social media influencers during a recent test drive of the Q30 in Lisbon. Alongside these images, professional photographers and influencers Michael Shultz (@Berlinstagram) and Josh Rubin (@coolhunting) also show their skills from behind a camera.

Josh Rubin is the founder and Editor-in-Chief of cool hunting.com, an award-winning online publication that showcases the latest in design, technology, style, travel, art and culture. A trained interaction designer, editor and photographer, Josh is based in NYC but often travels the world to uncover his next inspiration.

Josh’s video has been shot completely in 360° – meaning, with the aid of a supplied video headset on the Infiniti stand, visitors will be able to move their viewing perspective to exactly where they want and get an unparalleled view of the Infiniti Q30 and its stunning surroundings as Josh drives through Krakow.

Michael Shultz is an urban photographer and a Berliner-by-Choice since 2003. In October 2010 he took his first iPhone picture and uploaded it to Instagram. Soon after that, he discovered Instagram’s vibrant community and the possibilities of photo editing apps. Within three years his iPhonegraphy account @Berlinstagram became one of the most popular German Instagram accounts with roughly one third of a million followers.

Michael set off on an adventure around the streets and underground spaces of Berlin taking in the surroundings and atmosphere of the iconic city, alongside a Q30, capturing the moments on his camera and smartphone. These moments are displayed on one of the Infiniti stand walls.

The Infiniti stand (S6) can be located on Gallery Level 2 of London Art Fair 2016, adjacent to its curated Photo50 exhibition.

Throughout the week, specially invited VIP guests of the Fair and its exhibiting galleries are provided with a chauffeur driven Infiniti to deliver them to and from the venue in premium style.