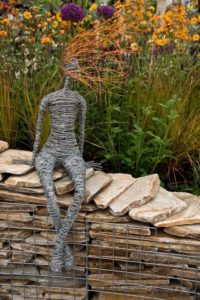 The design of The Perennial Garden is loosely based on the charity’s furled arum lily logo – a tough perennial stalwart, which thrives in both shady and sunny areas of the garden. Winding through the design is a traditional, well-worn, brick path and at its centre, the iconic stone sett circle, which visitors to York Gate will be familiar with. This pathway is flanked by welcoming seating areas, designed for a quiet moment of reflection, behind which, perennial borders – a mixture of woodland and sunny – are laid out on either side.

The planting scheme is anchored by yew topiary shapes, which stand at the entry points to the exhibit, the formality of which breaks up the softer planting beneath. Dappled shade is provided by a glade of silver birch, under-planted with a mixture of ferns, foxgloves and other woodland perennials. The front borders provide interest for sunnier parts, with plenty of flowers to attract essential wildlife, including the perennially popular Verbena bonariensis, Knautia, Ligularia and Helenium cultivars. 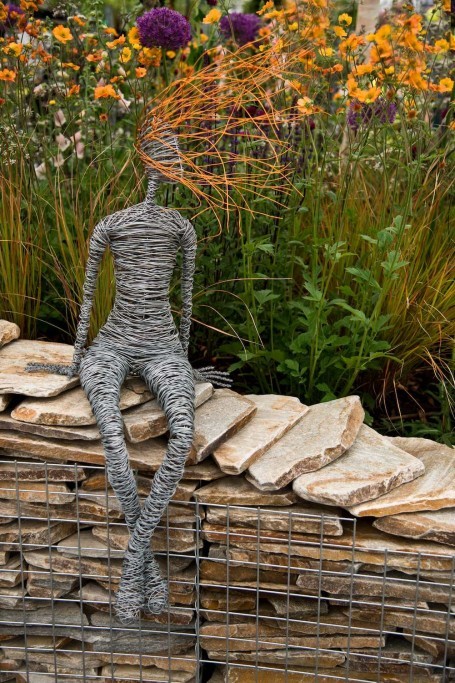 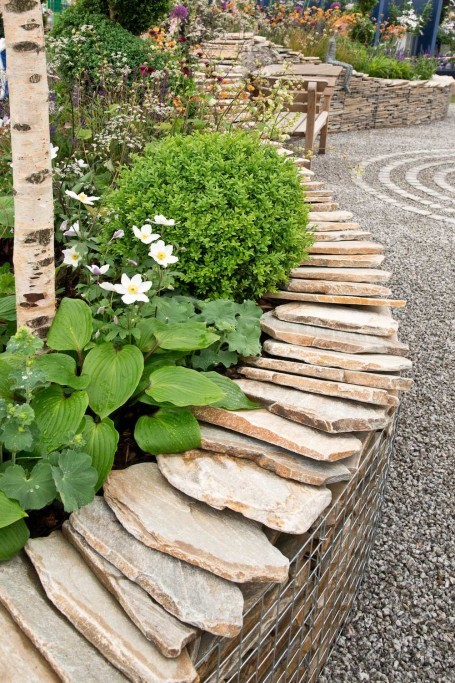 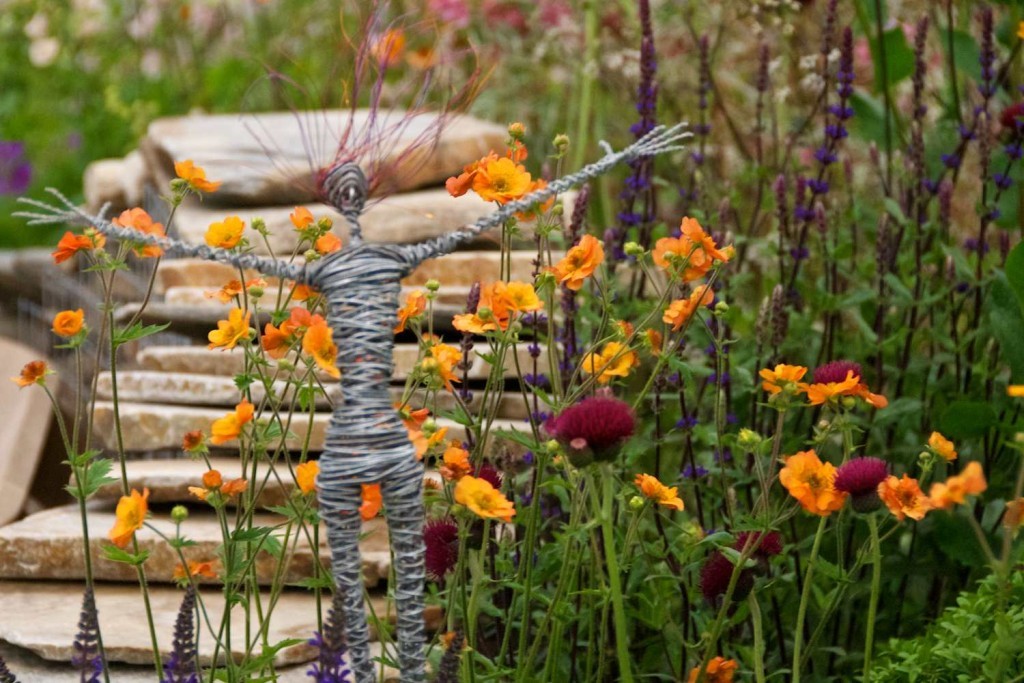